The Path of Hypnosis Meets the Path of Meditation

Originally published in the Osho Times Magazine, interviewed by Maneesha

BY ALL ACCOUNTS they were both rascals when they were growing up, curious about everything and full of energy. But they had the good fortune to be born into a family where such big energies in small packages were allowed the freedom to play, and they grew up happy and well.

They stayed close, and stayed in touch. But they also lived in the same unfulfilling society as the rest of us, and by the time they were in their twenties each of them had become seekers. One went East, and the other went West. Michael went to India and became a disciple of Osho – who gave him the new name of Swami Krishna Prem. 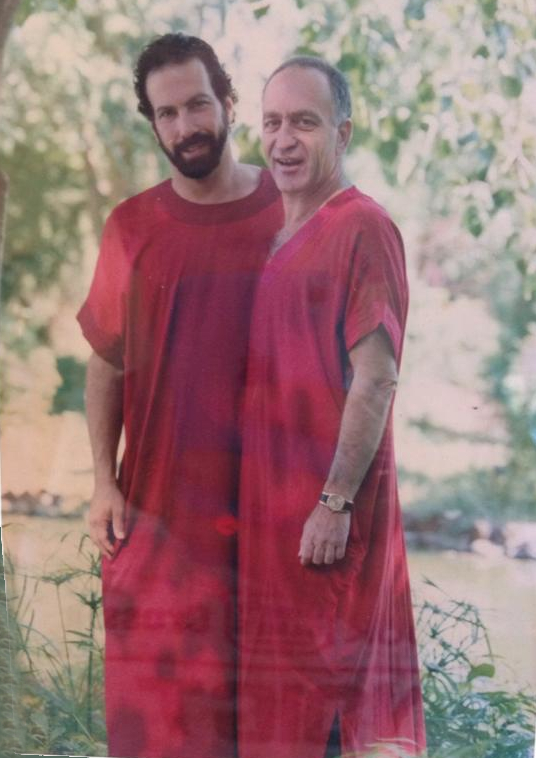 In the same year, 1973, Brian began his studies with the man who made such a profound impact on the practice of hypnosis for healing and personal change that a whole school of hypnosis was named after him – Dr. Milton Erickson.

While Krishna Prem’s search was more psychologically and spiritually motivated, Brian’s started out on a concrete, physical level. He was suffering from chronic and debilitating back pain. Orthopedic surgeons recommended a grueling regimen of body-casts and surgery, but they couldn’t guarantee that even after months of such a drastic treatment the pain would get any better.

A friend suggested hypnosis and, when it started to work, Brian was intrigued. He started to read everything he could get his hands on about hypnosis. That was how he found Milton Erickson, and his association with this extraordinary teacher and mentor endured for years – first as a student, then, when he was going through a particularly difficult time in his life, as a client, and finally as a co-therapist.

Krishna Prem meantime had moved to California and established Geetam, a residential Osho center in the desert. The first time Brian came for a visit, he was immediately invited to participate in Dynamic Meditation – “I loved it!” he says – and for a long time he visited the center nearly every week, to participate in the meditations there.

Often, Brian would stop in on his way to spend time with Erickson in Arizona. He and Krishna Prem would spend long hours talking and catching up on each other’s news and discoveries. Never once in their relationship has any conflict of comparison come up regarding their respective masters.

“We were each totally excited about our own paths,” Brian says, “and about each other’s.” Brian’s fellow students were not as excited as Brian that his brother had become a disciple of Osho, so he felt to ask Dr. Erickson about it. After looking at a photograph of Osho, Erickson remarked, “How fortunate your brother is to be with a Master.”

As Krishna Prem was traveling quite a bit, he left his Osho library of books and tapes with Brian, being careful to highlight wherever Osho spoke of hypnosis as a tool for meditation.

“And it worked,” says Krishna. “Brian devours and loves Osho and has incorporated Him in his work.”

By the mid-1980s, Brian had begun to teach, sharing what he had learned, offering workshops and seminars on the use of hypnosis in healing. He was also integrating meditation into his work with his clients, in his research, and his published writings.

“Doctors, professors, dentists, nurses and many different health care professionals were learning about Erickson, Osho, me, and most importantly themselves,” he says.

He published a book entitled Self-Hypnosis, which has become a classic in its field, and a self-teaching kit called “Six Steps to Freedom” that includes a video, audio cassettes and a workbook.

Even today, skepticism and defensiveness about the effectiveness of both hypnosis and meditation is still common among many traditionally-trained medical professionals – and it was even more common 15 years ago when Brian began his work in earnest.

“But,” he says, “I simply taught by action. I had people experience what they were being taught, so within a matter of minutes most people dropped their prejudices because they had personal proof that changes were happening, and they were the creators of those changes. The fact that Osho or Erickson designed the approaches became secondary.”

At the moment Brian is working on a second book, this one titled Self-Hypnosis, Hypnosis and Meditation, where he hopes to show more clearly the complementary aspects of Milton Erickson’s work and the work of Osho.

In fact, he responded to a question from the Osho Times about his understanding of the similarities between Erickson’s work and Osho’s vision, with a ten-point list.

As Brian sees it, both emphasize the integration of the conscious mind with the unconscious mind, the importance of individual responsibility, and developing the capacity to be a watcher, just to name a few.

“Actually,” he says, “I learned a lot about hypnosis from Osho, and a lot about meditation from Dr. Erickson.”